Party is a form of art and can happen anywhere with the VII VI Club on an Island Festival on the Danube, In a Russian house party, on the terrace of a café in Aix-en-Provence France, on the streets of Zurich, In the Painter’s Palace of Budapest, In an LGBT retirement house in San francisco, in a world music festival in Romania, in a Balkan wedding in Poitier, in a horse ranch in Chile.

We are an International travelling band based out of Budapest. Digging into the sounds of the 80’s and 90’s Balkan Roma Gypsy Turkish Transylvanian Folk but also from Jazz, Hip Hop and Latin culture.

Active for the past 5 years the band was formed by individual traveling street musicians who serendipitously met in Budapest and decided to pursue this project due to their common passion for music, and travels.

The band’s starting point was the meeting of the improvisation culture of Gypsy jazz from Django Reinhardt and the spirit of the wild Balkan Gypsy party. We started later to experiment with new sounds and mix of cultures such as Hip-Hop, Cumbia, Manele, Kolos, Kopanista, Heavy Metal music from further Eastern European Cultures.
Also the musicians of the Hét Hat Club individually seeks melodies and songs from the dense and lively folk traditions from Transylvania, Serbia, Romania Turkey, Bulgaria, Macedonia, Yemen and many more to create energetic compositions that they are eager to share with the public.

Founded in 2015 since it’s formation in Budapest the band has played all over the world. 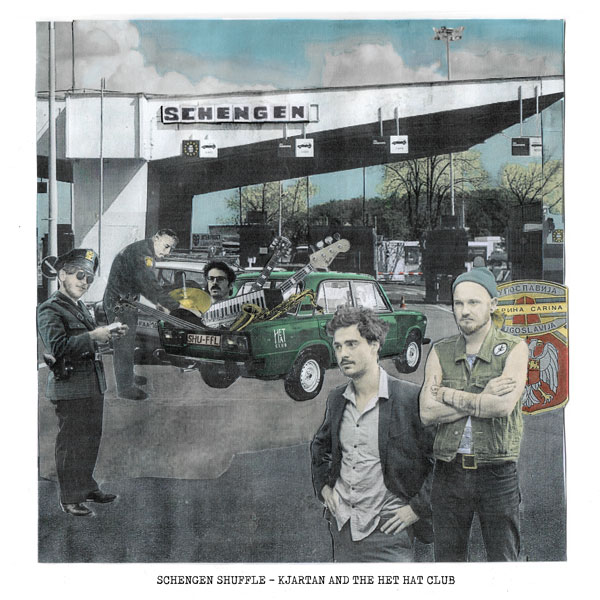 The band has been formed in 2016 in the VIIth and VIth districts (“Hét Hat” in Hungarian), the quarters of the artistic and night life of the capital: Budapest. There Hét Hat Club had the chance to play on a regular basis, allowing themselves to get a solid experience in creating a party in all kind of places such as cafes, bars, streets, theaters, art galleries, museums, lake sides, Buisness events, while building a constantly growing audience.

Through time Hét Hat Club has gained a solid reputation of being able to play in places that value the Artistic essence of their work such as the French Institut of Budapest, the Hungarian Cultural Alliance of San Francisco, the Music Village Jazz Club in Brussels, and many festivals such as Bankitó, Duna Karnevál Művészetek völgye, Kolorádó, Mediawave, Taka-Tuka, Babel Sound and many other but also more casual occasions such as village party, weddings, house shows, house party.

A band is an ecosystem that is challenging to keep alive and productive. Through our work and perseverance we aim to keep alive and learn the rich but fragile culture of playing traditional music from various places and learn it’s history while pursuing our need of creativity and expression.
Inspire our audience to be curious, interact with us and each other through the celebration of the moment in a way similar to the way gypsy communities do and did in the past.

Our goal also is to be able to influence festivals and places that host our performances to reduce their wastes and plastic use.

Since it’s formation the Hét Hat Club has been touring all over the world and is planning new exciting trips in the future. Nothing is too far for us, in the past years we already succeed to play more than 300 shows in more than 20 countries. 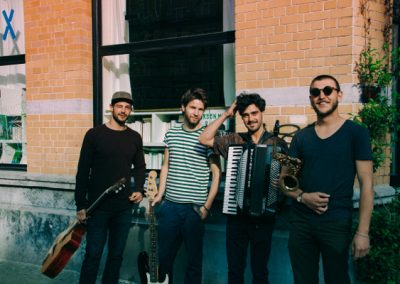